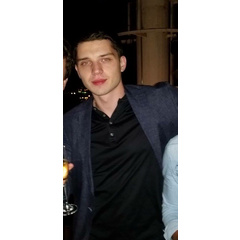 My Brit hubby wasn’t a sham to cover up spying... I fell in love because he looked like Liam Gallagher 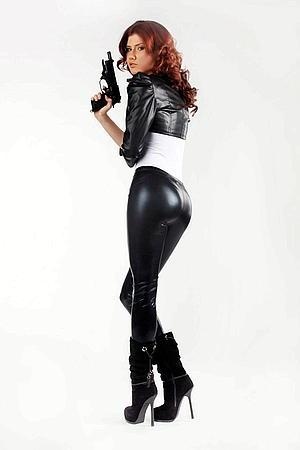 SEX bomb spy Anna Chapman sensationally broke her silence over life as a Russian agent yesterday - and claimed she was proud to be BRITISH.

The redhead beauty, 29, became a UK citizen when she married Brit Alex Chapman in 2001.

But her dual-nationality passport was revoked by horrified ministers last year after she was unmasked as a Moscow spook.

Speaking to The Sun last night, in her first-ever Western interview, Anna said: "Everything beautiful comes to an end at some point and there is always a new stage and better road to start walking on.

"My time in Britain has made me better in so many ways that it's hard to tell what I would be if it wasn't for London.

"It  was certainly my honour to be part of this nation, even for a short while."

White lies ... Anna Chapman and Alex on their wedding day in 2001

Anna was part of a ten-strong Russian spy ring nabbed by the FBI in America last year.

The Eastern superpower was forced to trade four imprisoned Western agents in a dramatic spy swap in July - and Anna was returned with her comrades to Moscow.

Meanwhile, shocked ex-husband Alex, 31, was left wondering if his five-year marriage to Anna had been a sham all along. 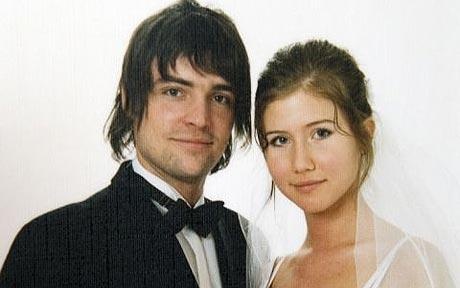 She insisted: "My marriage to Alex was based purely on mutual love. I still remember the days we spent together with real tenderness and nostalgia.

"I ask you not to look for 'secret motives' where there aren't any. It was love at first sight, which only grew stronger every day."

Bridge of deceit ... Anna Chapman on London day out

Anna, a diplomat's daughter, began dating former public schoolboy Alex after they met at a rave in London's Canary Wharf in 2001.

Pals doubted their relationship but Anna last night told how she had fallen head over heels for Alex because he looked just like Oasis frontman Liam Gallagher.

Pouring out her heart, Anna said: "Everything linked to Alex was soaked with true English culture, it was unbelievable.

"It was so natural and beautiful to fall in love with someone representing something I was so curious about.

"It took me precisely one minute to fall madly in love with him. Every time he opened his mouth I enjoyed his beautiful manner of speaking, I was captivated by his accent.

"Whenever he rolled his tobacco and wore his loose-hanging jeans, with his Clarks shoes and Liam Gallagher-style hair, it took my breath away.

"His manly beauty, I would even say his aristocratic beauty, seemed simply ideal to me. I had neither the strength nor desire to fight this beautiful feeling which opened a whole new fairytale world for me."

The couple's whirlwind romance saw them wed in Russia five months later - even though Anna was then just 19 and Alex only 21. 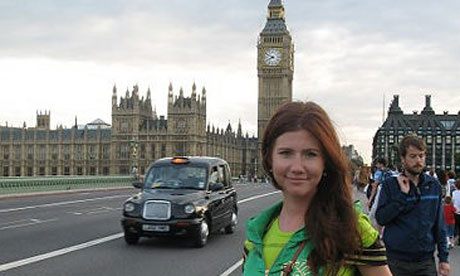 The ceremony was held in total secrecy at a Moscow register office with no family members present and a single stranger as a witness.

Alex, from Stuckton, Hants, wore an ill-fitting dinner suit rented from a nearby menswear store while Anna was in a simple dress.

There were no rings because neither could afford them.

Anna, dubbed "Agent 90-60-90" by Russians because of her vital statistics in centimetres, recalled: "We married secretly in Moscow and it was very romantic.

"Our parents knew nothing about our relationship and plans. Most likely they would not have approved the marriage, though later I was close to Alex's mother and father. I had on my school graduation dress. I only wore it three times, my big day at school, the day I met Alex and when we married."

The wedding meant she landed a UK passport - and with it the perfect cover for a secret agent in London.

The newlyweds set up home in Stoke Newington, north London, and later in South Kensington, west London, while Anna held down jobs at Barclays and at a private jet firm.

Alex's pals' suspicions were aroused further as Anna began mixing with rich and powerful Russian ex-pats in the capital.

In 2006 the couple split. Anna moved to New York on the orders of her Moscow paymasters in February last year.

At the time of her arrest for spying last June, heartbroken Alex admitted: "It's just totally weird to think that my ex-wife could be involved in something like this."

Anna is sure Alex will find love again.

She said: "Alex is an incredible, talented person who still hasn't yet found himself in this life. But I have faith things will become better and he will find his happiness because he does know how to love and care for a woman.

"He had such a tenderness in his touch, his looks, his words.

"When you truly love someone, you become one. This was how we were.

"We could not make decisions without each other."

Anna is banned from speaking about her work for Russia's SVR security service, their MI6. Since her return to Moscow she has become one of the country's biggest celebrities and is tipped to become an MP in November.

She also has her own TV show and he appeared in a sexy modelling shoot for Russia's Maxim magazine.

Yet she is still furious with both Alex and another Brit ex-boyfriend, Marcus Read, 38, for releasing photos of her. Nude pictures taken by Read appeared in Playboy and Anna blasted: "I don't know whether he was forced by someone to do this or was paid for it.

"I don't want to blame anyone before I know that. Frankly speaking, I don't think I want to go into finding out. But it's clear whoever organised this has definitely achieved his goal.

"It made me so miserable. It actually made me cry for the first time in a very long period. So, congratulations, you have done it.

"After everything I have been through in recent months, the pictures in Playboy were like the final blow.

"It made me really down."

Alex refused to comment after Anna told how she was "shocked and horrified" by interviews he gave following her arrest.

But the defiant spy showed no guilt last night despite her trail of treachery.

Instead she insisted: "Am I a patriot? Of course I am.

"Patriotism shows itself in one's deeds."