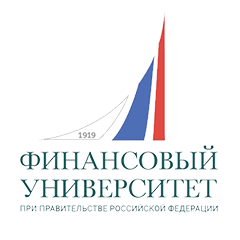 It is considered among top 5 universities in Russia according to  Forbes and  RBC as well as one of the oldest Russian universities preparing economists, financiers, bankers and financial lawyers.

University is well known for its strong alumni network and famous graduates (third wealthiest person in Russia  Mikhail Prokhorov, Deputy Prime Minister  Alexander Khloponin, Finance Minister  Anton Siluanov,  Governor of  Krasnoyarsk Krai  Lev Kuznetsov, CEO of  Gazprombank  Andrey Akimov and some others) who take up leading positions in politics, business and academia. According to CEO magazine, the Financial University is ranked first in the country in terms of number of billionaires who studied there.

History of the Financial University started on December 1918 when the People’s Finance Commissar decided to create a specialized financial institution of higher education – the first in the history of Russia – Moscow Institute of Economics and Finance. It was opened on 2 March 1919, and its first rector was D.P Bogolepov – the  Moscow State University graduate, the Deputy People’s Finance Commissar of RSFSR. In September 1946, the Institute was consolidated with Moscow Credit-Economic Institute training students since 1931. As a result of merger of these two institutions of higher education Moscow Finance Institute was formed, with  Nikolai Rovinsky as its rector. It began with two thousand students and four faculties: Finance, Economic, Accounting, Credit, Monetary Economics, International Economic Relations. The Military Department opened later, in 1947.

In 1991 Moscow Finance Institute was renamed to "State Finance Academy" and in 1992  Russian President  Boris Yeltsin changed its name to the "Finance Academy under the Government of Russian Federation" giving a governmental status to the institution.

In 2009 the Finance Academy celebrated 90 years of its history and received congratulations from numerous business and government officials, including  Prime Minister  Vladimir Putin and  Finance Minister  Alexey Kudrin.

On 14 July 2010 the Russian Government approved a new Charter for the institution changing its name from the "Finance Academy" into the "Finance University" and made it an official consultative body to the government.

On 4 March 2011  KPMG opened its own Department at the University to enhance cooperation based on lectures and practical activities covering audit, International Financial Reporting Standards, taxation and corporate finance.

The system of higher education established at the Finance University includes: